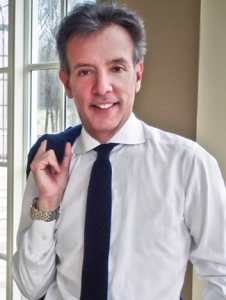 Peter Baca has been integrally involved in promoting and advancing the bilateral U.S.-Australia relationship for over twenty years.

Mr. Baca brings extensive knowledge and many deep ties throughout the Executive Branch, The White House, Capitol Hill and the Washington Diplomatic Community.  As top staff to prominent Washington leader Anne Wexler, Founder and Chairman of Wexler & Walker Public Policy Associates, Mr. Baca was instrumental in the establishment and growth of the American Australian Leadership Dialogues.
In his role as Administrator of the U.S. based American Australian Education Leadership Foundation, Mr. Baca organized the annual dialougues comprised of bipartisan leaders from government, journalists and the business community and helped to define the bilateral relationship between the United States and Australia.
Mr. Baca was honored to serve as Deputy Chief of Protocol at the 2000 Republican Convention where he implemented, screened and scheduled all speakers for numerous events for the Washington Diplomatic Corps, served as liaison to senior defense and foreign policy advisors and was directly responsible for credentialing and documentation for all dignitaries.

Mr. Baca was Director of Meetings for American International Automobile Dealers Association and a Senior Meeting Planner for the Legislative Division of The National Association of Realtors.  He co-founded and was Vice President of Premier Events, a firm specializing in non-profit, political, government and association event management.

Currently he serves as Senior Executive to Connie J. Milstein, a prominent attorney, entrepreneur, senior business executive, hotel owner and philanthropist.
Mr. Baca also serves on the Board of St. Patrick’s Catholic Church and serves on its Parish and Finance Council.  He is also been involved in DC community affairs and political activities.