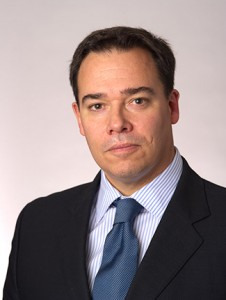 Ernie is recognized as one of the world’s leading experts on the Asia Pacific, particularly Southeast Asia.
Prior to forming BowerGroupAsia, Ernie created and helped build BrooksBowerAsia which was a well-known and highly successful consulting firm.

Ernie helped develop the first Chair for Southeast Asian Studies at the prestigious bi-partisan think tank, the Center for Strategic and International Studies (CSIS) in Washington, DC. He is currently a senior adviser and holds that Chair at CSIS.

He also founded and leads the CSIS Pacific Partners Initiative, which is the only Washington-based think tank program focusing specifically on Australia, New Zealand and the Pacific Island Countries. He is regularly published and provides input to policies in Washington and around Asia, including Congressional testimony and media interviews. He has led several special initiatives to help define US policy in Southeast Asia including serving as director of the US ASEAN Strategy Commission and the secretariat of the US ASEAN Eminent Persons Group.

Ernie served for a decade as President of the US-ASEAN Business Council, the top private business group comprised of America’s leading companies in Southeast Asia. Over twenty years, he helped to establish and build the Council from the ground level, working with government and private sector leaders from the United States and Southeast Asia.

Ernie is widely recognized as one of the strongest proponents for close ties between the United States and Asia. In recognition of his work, the King of Malaysia has awarded him the Darjah Panglima Jasa Negara (PJN), pronouncing him holder of the title Datuk in Malaysia. The president of the Philippines also awarded him the rank of Lakan, or Commander, for his service to the Philippines. Ernie is currently the United States Chair of the Advisory Council on Competitiveness for the Vietnamese Prime Minister and serves on the boards of the Special Olympics, American Australian Education & Leadership Foundation, the Institute for Religion & Public Policy, the United States-New Zealand Council and the Board of Advisors of the United States-Indonesia Society.

Australia understands and has fully internalized what most countries in Asia have come to conclude, namely that a strong and capable US security presence is a fundamental foundation for regional security. That security, in turn, is linked to and necessary for expanding economic growth and integration.