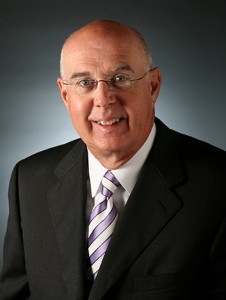 For more than four decades, Congressman Bob Walker has been a political leader and an insightful public policy advocate. Legislatively he wrote law that created commercial space policy and hydrogen energy policy. Along with Newt Gingrich, he helped design and lead the Republican Revolution of 1994 which transformed America’s political landscape. He rose to leadership in Congress as Chief Deputy Republican Whip, Chairman of the GOP House Leadership, Chairman of the Science, Space and Technology Committee and Speaker Pro Tempore. He has served as an advisor to several Presidents, most recently as a Senior Space Advisor to President Trump’s 2016 campaign. President George W. Bush appointed him to three presidential commissions including the chairmanship of the Commission on the Future of the United States Aerospace Industry in 2002. During the end of the Bush Administration and Obama Administration, he served as the Chairman of the Department of Energy’s Hydrogen and Fuel Cell Technical Advisory Committee. Presently he serves as a trusted advisor to the National Space Council, the Department of Commerce, the Department of Energy, NASA, the White House and the Air Force on space and technology policies.
Upon his retirement from Congress, Walker joined a public affairs firm that became known as Wexler I Walker and served as its Executive Chairman. That organization was highly respected for successful public policy advocacy. Walker, himself, build a reputation for helping space and technology companies achieve their goals with Congress and Federal agencies. Companies like SpaceX, DigitalGlobe, Ball Aerospace, Xenergy, Zero Gravity, Launchspace and Sierra Nevada engaged him to help them establish and grow a Federal presence. He is the Founder and Chief Executive Officer of MoonWalker Associates, a company focused on space and technology policies.
Walker is a frequent commentator on national and international media including BBC, Fox News, CNN and MSNBC. He has served on several profit and non-profit boards such as Aerospace Corporation Board of Trustees where he served for 17 years. His career includes many major honors including NASA’s Distinguished Service Medal. He speaks regularly to major forums and often is asked to meet with foreign delegations visiting Washington.
Academically, Walker holds a BS in Education from Millersville University in Pennsylvania where he established the Robert S. and Sue A. Walker Institute for Leadership and Civic Engagement. He has an MA in Political Science from the University of Delaware and an Honorary Doctor of Laws degree from Franklin and Marshall College. He and his wife, Barbara, make their home in Lititz, Pennsylvania in his former congressional district.

There is no country which is more important to our Asian relationships than Australia. The process of maintaining strong interpersonal ties among American and Australian leaders is fundamental to the maintenance of the bond between our two nations.