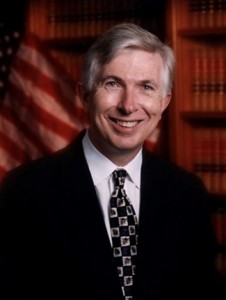 Robert “Bud” Cramer, Jr. is a Managing Director in the Strategic Communications segment at FTI Consulting, and is based in Washington, D.C. He also is part of the segment’s Public Affairs practice and Government Affairs specialty practice.

As a former congressman (D-AL), Mr. Cramer has deep expertise in advocacy, community relations, government relations and issues management. He also has worked extensively in the aerospace and defense; financial services; and transportation industries.

In 2008, Mr. Cramer retired from the U.S. House of Representatives after 18 years representing Alabama’s 5th District. During his time in Congress, he served on the Appropriations; Permanent Select Committee on Intelligence; Science; and Transportation and Infrastructure committees. While on the Intelligence committee, he was chairman of the Intelligence Oversight and Investigations subcommittee; and in 1994, he co-founded the Blue Dog Coalition — an influential group of conservative lawmakers — serving as a co-chairman.

Mr. Cramer is recognized for his work in aerospace and defense; criminal justice; intelligence; and transportation issues, having served on a number of relevant Appropriations subcommittees. In 1998, the Minority Leader of the House appointed him to the Open World program board of the Library of Congress ; and he has simultaneously been a tireless advocate for NASA and the National Science Foundation. In Congress, he co-chaired the Missile Defense and House Senate TVA caucuses; and co-founded the Anti-Terrorism, and Missing & Exploited Children caucuses.

Prior to the U.S. Congress, Mr. Cramer served as the elected district attorney for Huntsville, Madison County, Ala. In his role, he engineered the National Children’s Advocacy Center, which provides comprehensive help for abused children. For this work, he was named “National Public Citizen of the Year” by the National Association of Social Workers (NASW); and the Washington Post called him a “pioneering district attorney,” praising the innovative program.