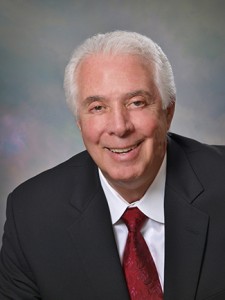 An energetic advocate for good government, Marty Russo has a lifetime of experience in the hallways of the United States Congress. First elected to the U.S. House of Representatives at the age of thirty, he went on to represent the 3rd District of Illinois for nine terms.

During his eighteen years in Congress, Marty developed a wide range of friendships on both sides of the political aisle and was known for his deep understanding of the legislative process and strategies for success. He is a firm proponent of the need to compromise in order to achieve meaningful public policy outcomes. Marty’s primary focus was tax and budgetary policy and he served on key House committees including Ways and Means, Budget, Steering and Policy, Energy and Commerce, Small Business, Judiciary, and as a member of House Democratic leadership (Floor Whip).

After leaving Congress, Marty served as Chief Executive Officer of one of the premier government relations firms, representing hundreds of non-profits, corporations, and associations in his eighteen years of tenure. In doing so, he followed his strong belief that the best advocate is one who presents public officials with credible, relevant information that encompasses all sides of an issue.
Marty is currently enjoying life as an entrepreneur and CEO of his own venture. He is involved in a number of initiatives, all centered on encouraging and promoting good government, leadership, and collaboration. In addition to serving as a strategic advisor to a number of clients, he is active as a media commentator, a speaker and in writing his blog, “Marty On The Move.”

A native of Chicago, Marty earned his B.A. and J.D. from DePaul University.

It’s fun to sit and swap political war stories with my Australian colleagues. I don’t know which country has a more fascinating political system.