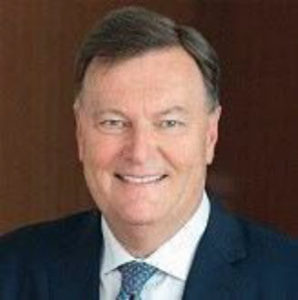 Michael Thawley is vice-chairman of Capital Group International, a member of the Capital Group Companies. Capital Group is one of the world’s oldest and largest funds management companies with about $1.8 trillion of listed equities and bonds under active management. He is also vice chairman of the board of Capital International Fund.
In Capital Group from 2005 to 2014, he served as international adviser, a senior vice president of Capital Strategy Research and Capital Research and Management Company, and vice chairman of the boards of a number of the global mutual funds in the American Funds family.
In late 2014 he returned to Australia as the secretary of the department of the Prime Minister and Cabinet under Prime Minister Abbott and then briefly Prime Minister Turnbull. In this position, he was the chief policy adviser to the prime minister and head of the Australian public service.  He rejoined Capital Group in August 2016.
Michael Thawley entered the Australian foreign service in 1972. He served at embassies in Rome in the early 1970s, Moscow in the early 1980s, and Tokyo as deputy chief of mission in the early 1990s. He was head of the international division of the Prime Minister’s department under Prime Minister Keating from 1993 to 1996 and then international adviser to Prime Minister Howard from 1996 to 1999.
He was Australia’s ambassador to the United States from 2000 to 2005. He proposed and played a key role in achieving a free-trade agreement between Australia and the United States and legislation that provided for a visa category for Australian professionals to work in the United States.
He was born in London, and educated at Geelong Grammar School, the Australian National University (ANU) and Surrey University. He was appointed an officer in the Order of Australia in 2006 for services advancing Australia’s strategic and economic interests. He was awarded an Honorary Doctorate of Laws by the ANU in 2019.