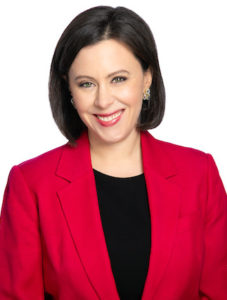 Ms. Kissel is Executive Vice President and Senior Policy Advisor at Stephens Inc. In that role, she provides advice on geopolitical risk and macroeconomic trends to Stephens clients and the Stephens management team. She joined Stephens in March 2021.  Previously, Ms. Kissel served as Senior Advisor to U.S. Secretary of State Michael R. Pompeo. From October 2018 to January 2021, she provided advice to advance the national interests of the United States, conducted special projects for the Secretary, and traveled to more than 60 countries. Ms. Kissel was a member of the U.S. delegation to the Australia-U.S. Ministerial Consultations (“Ausmin”), the ASEAN Foreign Ministers’ Meeting, the East Asia Summit, the Quadrilateral Security Dialogue (“Quad”), and the U.S.-India 2+2 Ministerial Dialogue.

Prior to joining the State Department, Ms. Kissel served on The Wall Street Journal editorial board as chief foreign policy writer in New York and editorial-page editor in Asia-Pacific, based in Hong Kong, where managed an editorial team and oversaw all Journal commentary on the region. She began her career at Goldman Sachs in New York and London.

Ms. Kissel is a sought-after speaker, and appears regularly on major television stations, radio networks, and podcasts around the world. She has spoken to audiences at the National Press Club (Australia), the Lowy Institute (Australia), the Asia Society (Hong Kong), Policy Exchange (U.K.), the Hoover Institution (U.S.), the Acton Institute (U.S.), and many other venues.   Ms. Kissel is a member of the Council on Foreign Relations and the Nixon Seminar on Conservative Realism and National Security. She serves on the boards of RXO, Inc. and The Marathon Initiative in Washington D.C. and previously served on the board of XPO Logistics, Inc. Ms. Kissel is a graduate of Harvard University and the Johns Hopkins School of Advanced International Studies.