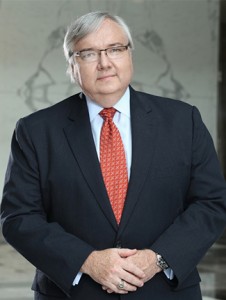 Born in Washington D.C. and raised in Ohio, Mr. Jackson graduated from the University of Iowa’s School of Journalism and Mass Communications. Mr. Jackson currently serves as a Trustee of the Woodrow Wilson International Center for Scholars; a director of the National Endowment for Democracy; a director of the Consortium of Catholic Academies; and a member of the Professional Advisory Board of the University of Iowa School of Journalism.