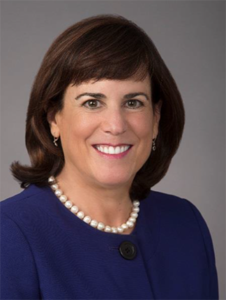 As a Managing Director at Rock Creek Global Advisors, Barbara Weisel focuses on international trade and investment policy and negotiations as well as market access and regulatory matters.
Barbara has more than 25 years of experience advancing international trade and investment initiatives. She served most recently as Assistant US Trade Representative for Southeast Asia and the Pacific, where she was the US chief negotiator for the 12-country Trans-Pacific Partnership (TPP) from its inception in 2008 through its signing in 2016.
Previously, Barbara served as Deputy Assistant US Trade Representative for Bilateral Asian Affairs (Korea, Southeast Asia, and South Asia). Earlier, she served as the official responsible for managing global pharmaceutical regulatory issues and as Director for Japan Affairs.
Barbara earned two Master’s degrees from Harvard University in 1983 in Public Policy with a focus on international development, and Religious Studies, with a focus on Islamic civilization. She has a Bachelor’s degree from Connecticut College (Phi Beta Kappa and magna cum laude).